My latest experimental art-project contains ten virtual music instruments which i call „Semiphysical Instruments“, made for making sound in Cyberspace also known as Virtual Worlds. They are unique objects with a lot touchable and playable parts which can emit hand-sampled tones, sounds, chords and textures to make music with. Any of those objects can be worn or placed in virtual space to get used by the owner or by other participants around. It is not always predictable exactly what composition will be created by using the instruments, especially when more players are wearing or playing them. This kind of improvisation and calculated randomness is part of this art concept. Also the position and arrangement of the instruments is crucial for the final result and musical creation in the end. 3D-sound experiences and sketches of binaural situations can be playfully created with the melodic sculptures.

The first instrument i released was the „Con-Nal“ and has two different styles of tones and sounds. The trumpet elements and also the rusty spirals works as sound emitters.

A few days later i created an instrument named „Bon Gog“ which remembers on an assortment of crystalline flowers. The blossoms and also the connecting purple parts close to the cylindric main-body can be touched and emits tones or accords.

„Creludium“ was an instrument built while Paco Mariani and Maxxo Klaar met me on our new Sound Laboratory at Icewater in Cyberspace. It gots a very melodic and calm instrument which sounds very harmonic beside the experimental part it also offers of course. 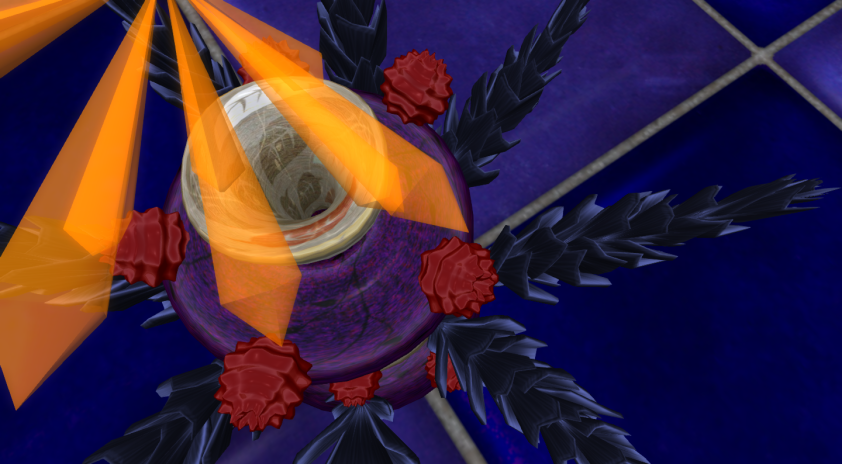 Then during a very productive meeting with my partners from Pomodoro Bolzano and while we reinvented the „Virtual Haidplatz“ performance environment on our new virtual headquarter at Icewater, the next musical sculpture was born. We named it „Dibou“ in memory of our old art-partner DeThomas Dibou who was our architect years ago. Very special and various sounds are hidden inside all the tubes and round white applications on the surface.

„Dil Leem“ was the next addition to the growing set of virtual music instruments and was also very unique fitted with special sounds and tones to experiment with. All colored poles and also the organic shells around the body can be played.

An instrument named „Gagloom“ followed very soon and was sounding a bit more decent and not as loud as the other sculptures made before. From the side of the size it is one of the biggest objects i made. All black roots, the middle white-ball, the red ring and also the black ladybug-buttons on the ring are activated to make sounds with.

„Kushido“ was first created to be a loop-machine for sounds but i was rebuilding it after the first test during a rehearsal with the Avatar Orchestra Metaverse. We all were in common that this loop functionality was very annoying and disturbing. So i replaced all the scripts inside and made it now another very unique playable instrument with a lot of possibilities to make sound with all the pyramids on it. 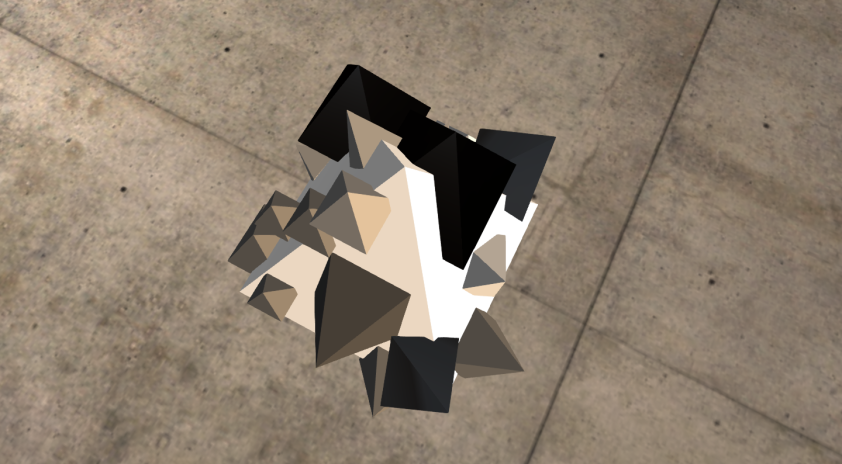 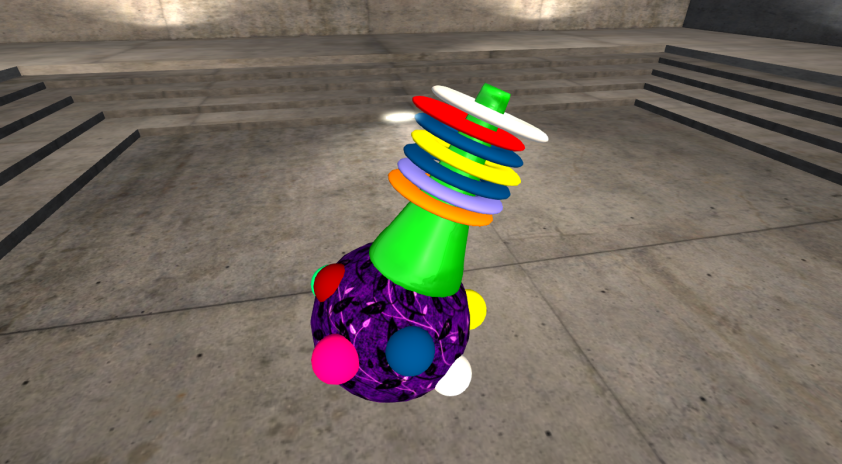 Another very special sound-sculpture is the „BabaDrome“ which is a bit different to the other instruments. The colored rings and also the balls on the bottom-body plays sound-textures instead of tones, chords or accords.

„BukLook“ may look like a funny toy for children but the sounds inside all the colored bubbles around the body offers an enormous horizon of playable sound possibilities. 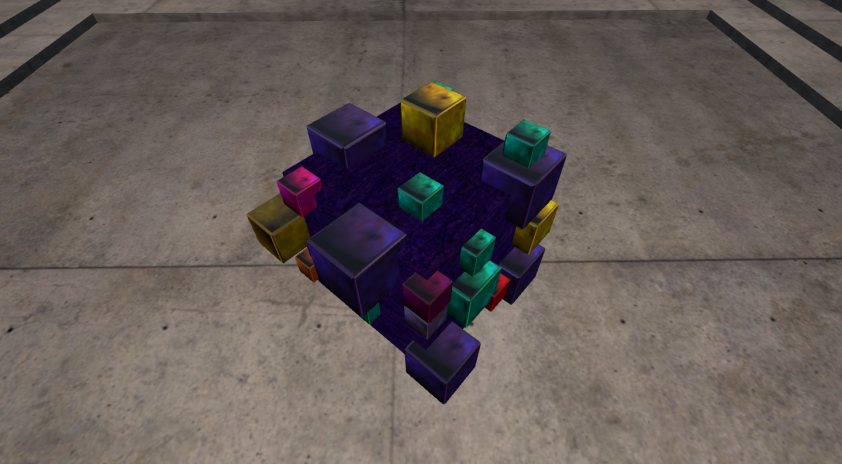 The last of all ten instruments is named „CooBoo“ and has a lot of melodics, sounds and tones inside all the cubes clustered together. It is the keystone of my series of semiphysical instruments at the moment. I am very thrilled to see how they will be used in an orchestral way or played in small arrangements soon.